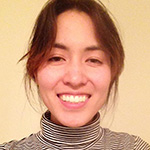 Elizabeth Nielson is an undergraduate senior in philosophy at Brigham Young University. Attending a Jewish preschool, being raised in the church, and later studying at the BYU Jerusalem Center for Near Eastern Studies, she has been exposed to and interested in theological dialogue and doctrinal exploration since a young age. In college she has enjoyed interdisciplinary research within the relatively unexplored field of philosophy and Mormonism. Other works include “Between the Natural and the Spiritual Man: Weakness of Will, Mormonism, and the Conflicts of Duality,” published in the BYU Religious Education Student Symposium Journal (Feb 2015). Elizabeth plans on attending law school in Fall 2016.

Mormonism and the Scientific Persistence of Circles: Aristotle, Spacetime, and One Eternal Round