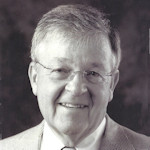 Bruce L. Brown is Professor of Psychology at Brigham Young University, with research focused on developing and applying the science of holistic visual display. He received his PhD in the psychology of language from McGill University, Montreal. He also received NSF-funded post-doctoral training in mathematical psychology at the University of Michigan. His early publications are primarily in the area of the psychology of language and psychoacoustics but more recently in the application of multivariate visualization and quantitative methods to a variety of research areas including names in the Book of Mormon. He is the author of several books, over a hundred other published works, and four commercially marketed graphical data presentation systems, one of which, Bibliostat, is in use by about two-thirds of the libraries in America.

Comparing Book of Mormon Names with Those Found in J.R.R. Tolkien’s Works: An Exploratory Study