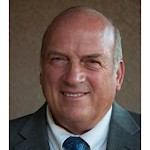 Brian Stubbs is retired from teaching English and linguistics for the College of Eastern Utah and Utah State University at the San Juan Campus. He earned an MA in linguistics from the University of Utah and completed coursework and comprehensive exams toward a PhD(ABD) in Near Eastern languages and linguistics. Coursework in Hebrew, Arabic, Aramaic, and Egyptian was followed by years of personal study in those languages and several dozen Native American languages. He has presented many papers at professional conferences and published numerous articles on the Uto-Aztecan language family in linguistic journals. Notable among his publications is Uto-Aztecan: A Comparative Vocabulary (2011), the new standard reference work in comparative Uto-Aztecan linguistics. Brian and his wife, Silvia, are the parents of five children.

Answering the Critics in 44 Rebuttal Points