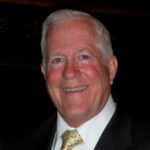 Alan C. Ashton founded Thanksgiving Point. He was a Computer Science professor at BYU and co-founder of WordPerfect Corporation. He has served as an Elders’ Quorum president and gospel doctrine teacher several times, a stake president, president of the Canada Toronto West Mission, a bishop, and president of the Provo Temple. He is currently a Sealer in the Provo Temple. He is is married to Karen Ashton and they are the parents of 11 children, 61 grandchildren, and 5 great grandchildren.