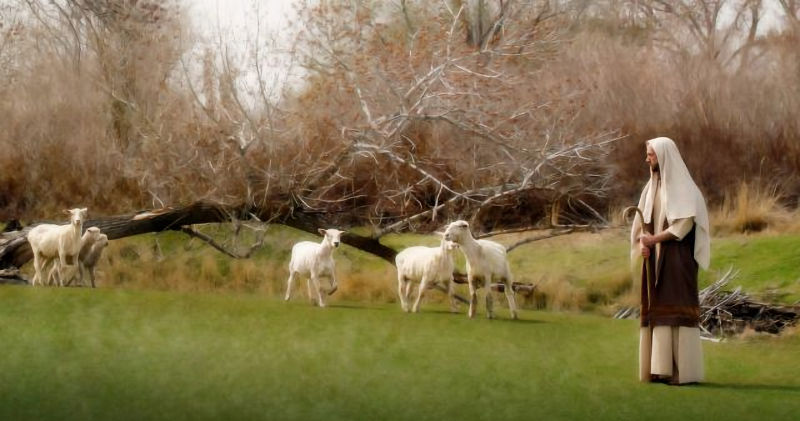 Ezekiel was invited to symbolically “eat” God’s word—to fill himself with it (see Ezekiel 2:9–3:3, 10). How will you fill yourself with God’s word this week?

Ezekiel 1: Ezekiel sees in vision four living creatures, four wheels, and the glory of God on His throne.

Ezekiel 2: Ezekiel is called to take the word of the Lord to Israel—He sees a book in which lamentations and mourning are written.

Ezekiel 3: Ezekiel is made a watchman unto the house of Israel—The blood of Israel is required at his hand unless he raises the warning voice.

Ezekiel 33: Watchmen who raise the warning voice save their own souls—Repentant sinners are saved—The righteous who turn to sin are damned—The people of Judah in Jerusalem are destroyed because of their sins.

Ezekiel 34: The Lord reproves those shepherds who do not feed the flock—In the last days, the Lord will gather the lost sheep of Israel—The Messiah will be their Shepherd—The Lord will make His gospel covenant with them.

Ezekiel 36: In the last days, all the house of Israel will be gathered to their own lands—The Lord will give them a new heart and a new spirit—They will have His gospel law.

Ezekiel 37: Ezekiel is shown the valley of dry bones—Israel will inherit the land in the Resurrection—The stick of Judah (the Bible) and the stick of Joseph (the Book of Mormon) will become one in the Lord’s hand—The children of Israel will be gathered and cleansed—David (the Messiah) will reign over them—They will receive the everlasting gospel covenant.

Ezekiel 47: Waters issue from the house of the Lord and heal the Dead Sea—The Lord shows the borders of the land.