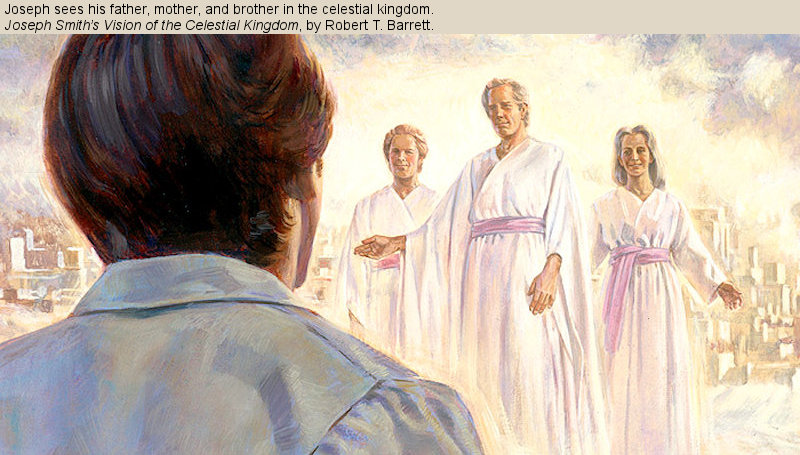 President M. Russell Ballard taught: “I invite you to thoroughly and thoughtfully read [Doctrine and Covenants 138]. As you do so, may the Lord bless you to more fully understand and appreciate God’s love and His plan of salvation and happiness for His children” (“The Vision of the Redemption of the Dead,” Ensign or Liahona, Nov. 2018, 73).

D&C 137: A vision given to Joseph Smith the Prophet, in the temple at Kirtland, Ohio, January 21, 1836. The occasion was the administration of ordinances in preparation for the dedication of the temple.

D&C 138: A vision given to President Joseph F. Smith in Salt Lake City, Utah, on October 3, 1918. In his opening address at the 89th Semiannual General Conference of the Church, on October 4, 1918, President Smith declared that he had received several divine communications during the previous months. One of these, concerning the Savior’s visit to the spirits of the dead while His body was in the tomb, President Smith had received the previous day. It was written immediately following the close of the conference. On October 31, 1918, it was submitted to the counselors in the First Presidency, the Council of the Twelve, and the Patriarch, and it was unanimously accepted by them.