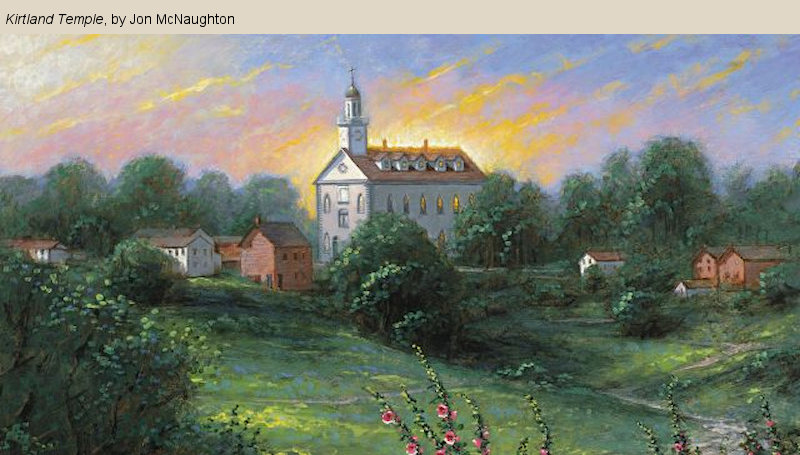 Referring to Doctrine and Covenants 109:24–28, Elder David A. Bednar said, “I invite you to study repeatedly and ponder prayerfully the implications of these scriptures in your life and for your family” (“Honorably Hold a Name and Standing,” Ensign or Liahona, May 2009, 99). Consider this invitation as you study.

D&C 109: Prayer offered at the dedication of the temple at Kirtland, Ohio, March 27, 1836. According to the Prophet’s written statement, this prayer was given to him by revelation.

D&C 110: Visions manifested to Joseph Smith the Prophet and Oliver Cowdery in the temple at Kirtland, Ohio, April 3, 1836. The occasion was that of a Sabbath day meeting. Joseph Smith’s history states: “In the afternoon, I assisted the other Presidents in distributing the Lord’s Supper to the Church, receiving it from the Twelve, whose privilege it was to officiate at the sacred desk this day. After having performed this service to my brethren, I retired to the pulpit, the veils being dropped, and bowed myself, with Oliver Cowdery, in solemn and silent prayer. After rising from prayer, the following vision was opened to both of us.”