“After Much Tribulation … Cometh the Blessing”
Doctrine and Covenants 102–105 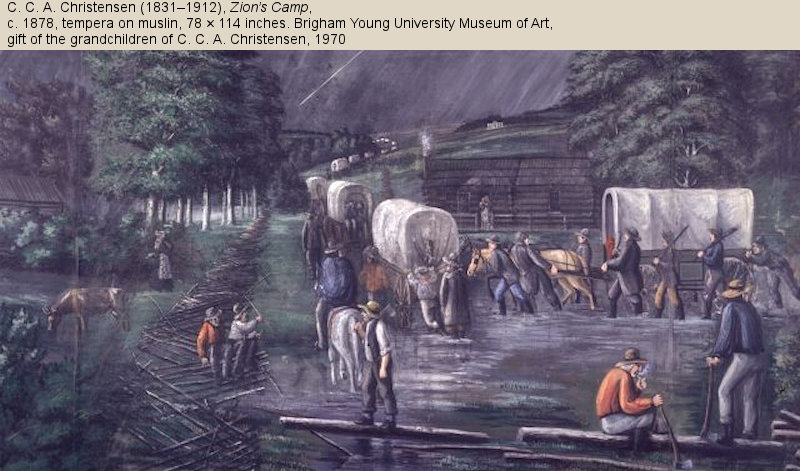 What principles from Doctrine and Covenants 102–5 are meaningful to you? Consider recording your thoughts and impressions about these principles.

D&C 102: Minutes of the organization of the first high council of the Church, at Kirtland, Ohio, February 17, 1834. The original minutes were recorded by Elders Oliver Cowdery and Orson Hyde. The Prophet revised the minutes the following day, and the next day the corrected minutes were unanimously accepted by the high council as “a form and constitution of the high council” of the Church. Verses 30 through 32, having to do with the Council of the Twelve Apostles, were added in 1835 under Joseph Smith’s direction when this section was prepared for publication in the Doctrine and Covenants.

D&C 103: Revelation given through Joseph Smith the Prophet, at Kirtland, Ohio, February 24, 1834. This revelation was received after the arrival in Kirtland, Ohio, of Parley P. Pratt and Lyman Wight, who had come from Missouri to counsel with the Prophet as to the relief and restoration of the Saints to their lands in Jackson County.

D&C 104: Revelation given to Joseph Smith the Prophet, at or near Kirtland, Ohio, April 23, 1834, concerning the United Firm (see the headings to sections 78 and 82). The occasion was likely that of a council meeting of members of the United Firm, which discussed the pressing temporal needs of the Church. An earlier meeting of the firm on April 10 had resolved that the organization be dissolved. This revelation directs that the firm instead be reorganized; its properties were to be divided among members of the firm as their stewardships. Under Joseph Smith’s direction, the phrase “United Firm” was later replaced with “United Order” in the revelation.

D&C 105: Revelation given through Joseph Smith the Prophet, on Fishing River, Missouri, June 22, 1834. Under the leadership of the Prophet, Saints from Ohio and other areas marched to Missouri in an expedition later known as Zion’s Camp. Their purpose was to escort the expelled Missouri Saints back to their lands in Jackson County. Missourians who had previously persecuted the Saints feared retaliation from Zion’s Camp and preemptively attacked some Saints living in Clay County, Missouri. After the Missouri governor withdrew his promise to support the Saints, Joseph Smith received this revelation.