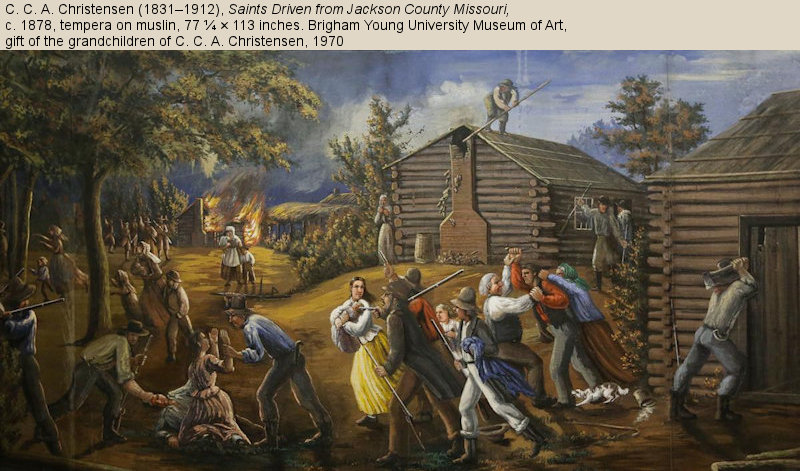 As you read Doctrine and Covenants 98–101, pay attention to the thoughts and impressions that come. How might acting on them help you become the person God wants you to be?

D&C 98: Revelation given through Joseph Smith the Prophet, at Kirtland, Ohio, August 6, 1833. This revelation came in consequence of the persecution upon the Saints in Missouri. Increased settlement of Church members in Missouri troubled some other settlers, who felt threatened by the Saints’ numbers, political and economic influence, and cultural and religious differences. In July 1833, a mob destroyed Church property, tarred and feathered two Church members, and demanded that the Saints leave Jackson County. Although some news of the problems in Missouri had no doubt reached the Prophet in Kirtland (nine hundred miles away), the seriousness of the situation could have been known to him at this date only by revelation.

D&C 99: Revelation given through Joseph Smith the Prophet to John Murdock, August 29, 1832, at Hiram, Ohio. For over a year, John Murdock had been preaching the gospel while his children—motherless after the death of his wife, Julia Clapp, in April 1831—resided with other families in Ohio.

D&C 100: Revelation given to Joseph Smith the Prophet and Sidney Rigdon, at Perrysburg, New York, October 12, 1833. The two brethren, having been absent from their families for several days, felt some concern about them.

D&C 101: Revelation given to Joseph Smith the Prophet, at Kirtland, Ohio, December 16 and 17, 1833. At this time the Saints who had gathered in Missouri were suffering great persecution. Mobs had driven them from their homes in Jackson County; and some of the Saints had tried to establish themselves in Van Buren, Lafayette, and Ray Counties, but persecution followed them. The main body of the Saints was at that time in Clay County, Missouri. Threats of death against individuals of the Church were many. The Saints in Jackson County had lost household furniture, clothing, livestock, and other personal property; and many of their crops had been destroyed.