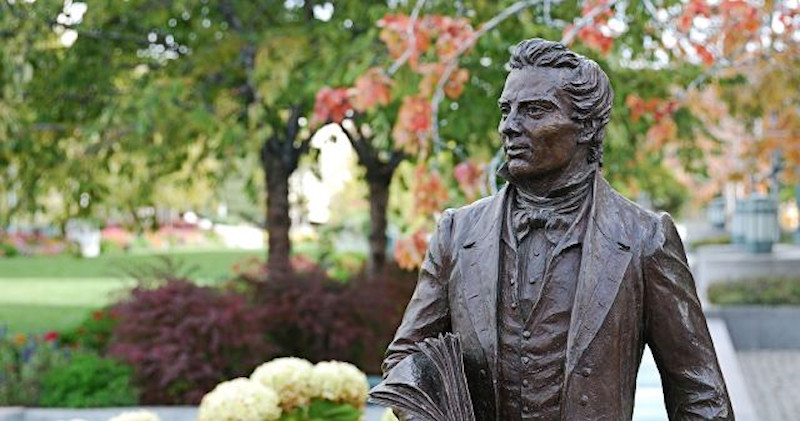 Elder D. Todd Christofferson said that as you study the scriptures and record impressions, “you will be giving place in your heart for the word of God, and He will be speaking to you” (“When Thou Art Converted,” Ensign or Liahona, May 2004, 11).

D&C 27: Revelation given to Joseph Smith the Prophet, at Harmony, Pennsylvania, August 1830. In preparation for a religious service at which the sacrament of bread and wine was to be administered, Joseph set out to procure wine. He was met by a heavenly messenger and received this revelation, a portion of which was written at the time and the remainder in the September following. Water is now used instead of wine in the sacramental services of the Church.

D&C 28: Revelation given through Joseph Smith the Prophet to Oliver Cowdery, at Fayette, New York, September 1830. Hiram Page, a member of the Church, had a certain stone and professed to be receiving revelations by its aid concerning the upbuilding of Zion and the order of the Church. Several members had been deceived by these claims, and even Oliver Cowdery was wrongly influenced thereby. Just prior to an appointed conference, the Prophet inquired earnestly of the Lord concerning the matter, and this revelation followed.