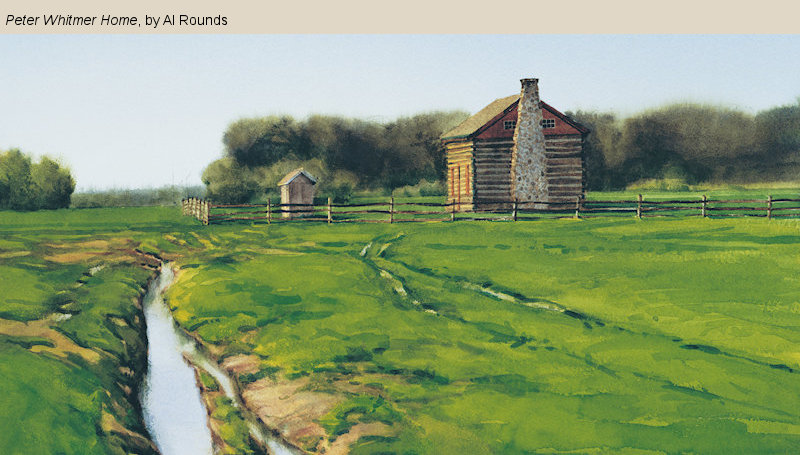 As you read Doctrine and Covenants 20–22, be open to the impressions of the Holy Ghost. Consider recording them so you can refer back to them.

D&C 20: Revelation on Church organization and government, given through Joseph Smith the Prophet, at or near Fayette, New York. Portions of this revelation may have been given as early as summer 1829. The complete revelation, known at the time as the Articles and Covenants, was likely recorded soon after April 6, 1830 (the day the Church was organized). The Prophet wrote, “We obtained of Him [Jesus Christ] the following, by the spirit of prophecy and revelation; which not only gave us much information, but also pointed out to us the precise day upon which, according to His will and commandment, we should proceed to organize His Church once more here upon the earth.”

D&C 21: Revelation given to Joseph Smith the Prophet, at Fayette, New York, April 6, 1830. This revelation was given at the organization of the Church, on the date named, in the home of Peter Whitmer Sr. Six men, who had previously been baptized, participated. By unanimous vote these persons expressed their desire and determination to organize, according to the commandment of God (see section 20). They also voted to accept and sustain Joseph Smith Jr. and Oliver Cowdery as the presiding officers of the Church. With the laying on of hands, Joseph then ordained Oliver an elder of the Church, and Oliver similarly ordained Joseph. After administration of the sacrament, Joseph and Oliver laid hands upon the participants individually for the bestowal of the Holy Ghost and for the confirmation of each as a member of the Church.

D&C 22: Revelation given through Joseph Smith the Prophet, at Manchester, New York, April 16, 1830. This revelation was given to the Church in consequence of some who had previously been baptized desiring to unite with the Church without rebaptism.