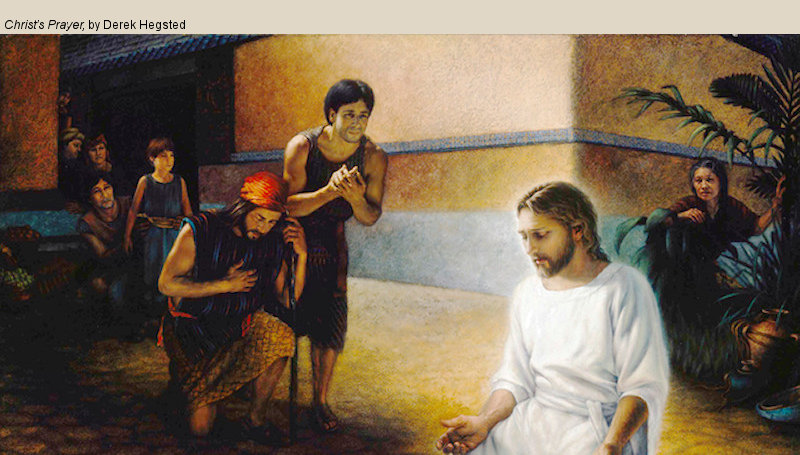 The Lord commanded His disciples to write the things they experienced (see 3 Nephi 27:23–24). As you study, write down the spiritual experiences you have.

3 Nephi 27: Jesus commands them to call the Church in His name—His mission and atoning sacrifice constitute His gospel—Men are commanded to repent and be baptized that they may be sanctified by the Holy Ghost—They are to be even as Jesus is. About A.D. 34–35.

3 Nephi 28: Nine of the twelve disciples desire and are promised an inheritance in Christ’s kingdom when they die—The Three Nephites desire and are given power over death so as to remain on the earth until Jesus comes again—They are translated and see things not lawful to utter, and they are now ministering among men. About A.D. 34–35.

3 Nephi 29: The coming forth of the Book of Mormon is a sign that the Lord has commenced to gather Israel and fulfill His covenants—Those who reject His latter-day revelations and gifts will be cursed. About A.D. 34–35.

3 Nephi 30: The latter-day Gentiles are commanded to repent, come unto Christ, and be numbered with the house of Israel. About A.D. 34–35.

4 Nephi: The Nephites and the Lamanites are all converted unto the Lord—They have all things in common, work miracles, and prosper in the land—After two centuries, divisions, evils, false churches, and persecutions arise—After three hundred years, both the Nephites and the Lamanites are wicked—Ammaron hides up the sacred records. About A.D. 35–321.