“They Were Steadfast and Immovable”
Mosiah 29-Alma 4 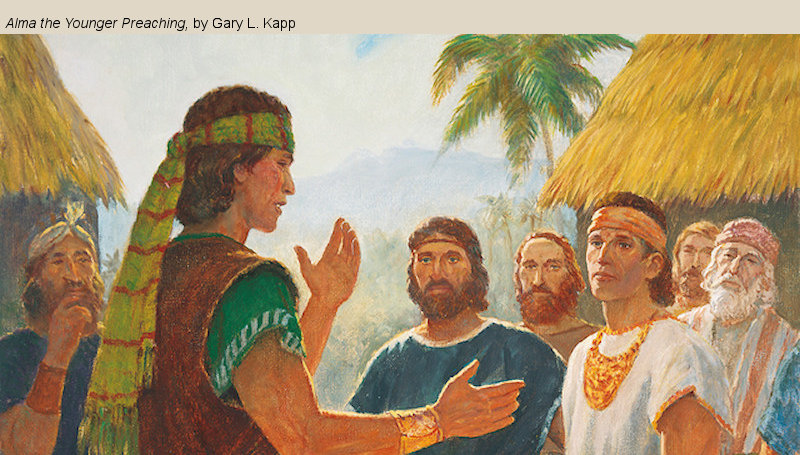 Reading the scriptures invites revelation. Be open to the messages the Lord wants to give you.

Mosiah 29: Mosiah proposes that judges be chosen in place of a king—Unrighteous kings lead their people into sin—Alma the younger is chosen chief judge by the voice of the people—He is also the high priest over the Church—Alma the elder and Mosiah die. About 92–91 B.C.

Alma 1: Nehor teaches false doctrines, establishes a church, introduces priestcraft, and slays Gideon—Nehor is executed for his crimes—Priestcrafts and persecutions spread among the people—The priests support themselves, the people care for the poor, and the Church prospers. About 91–88 B.C.

Alma 3: The Amlicites had marked themselves according to the prophetic word—The Lamanites had been cursed for their rebellion—Men bring their own curses upon themselves—The Nephites defeat another Lamanite army. About 87–86 B.C.

Alma 4: Alma baptizes thousands of converts—Iniquity enters the Church, and the Church’s progress is hindered—Nephihah is appointed chief judge—Alma, as high priest, devotes himself to the ministry. About 86–83 B.C.