We Have Entered into a Covenant with Him
Mosiah 18-24 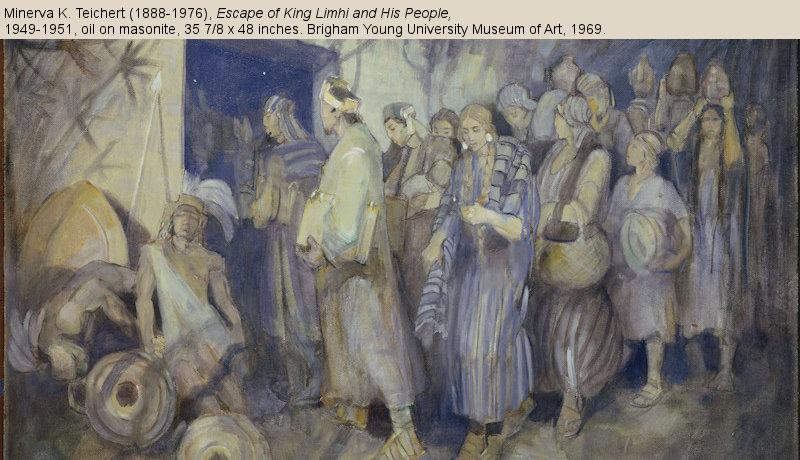 President Thomas S. Monson taught, “As we read and ponder the scriptures, we will experience the sweet whisperings of the Spirit to our souls” (“We Never Walk Alone,” Ensign or Liahona, Nov. 2013, 122).

Mosiah 18: Alma preaches in private—He sets forth the covenant of baptism and baptizes at the waters of Mormon—He organizes the Church of Christ and ordains priests—They support themselves and teach the people—Alma and his people flee from King Noah into the wilderness. About 147–145 B.C.

Mosiah 20: Some Lamanite daughters are abducted by the priests of Noah—The Lamanites wage war upon Limhi and his people—The Lamanite hosts are repulsed and pacified. About 145–123 B.C.

Mosiah 21: Limhi’s people are smitten and defeated by the Lamanites—Limhi’s people meet Ammon and are converted—They tell Ammon of the twenty-four Jaredite plates. About 122–121 B.C.

Mosiah 22: Plans are made for the people to escape from Lamanite bondage—The Lamanites are made drunk—The people escape, return to Zarahemla, and become subject to King Mosiah. About 121–120 B.C.

Mosiah 24: Amulon persecutes Alma and his people—They are to be put to death if they pray—The Lord makes their burdens seem light—He delivers them from bondage, and they return to Zarahemla. About 145–120 B.C.