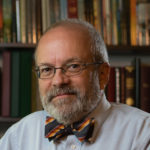 Kent P. Jackson retired in June 2017 as a professor of religion at Brigham Young University, where he had taught since 1980. He has a BA in Ancient Studies from BYU and MA and PhD degrees in Near Eastern studies from the University of Michigan. His research interests include the Near East and the intersection of the Latter-day Saint faith and the Bible. He has authored or edited Joseph Smith’s Commentary on the Bible; Joseph Smith’s New Translation of the Bible: Original Manuscripts; and A Bible Reader’s History of the Ancient World. Jackson is a former associate dean of religion and former associate director of the Brigham Young University Jerusalem Center for Near Eastern Studies.