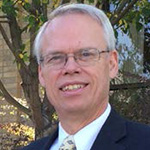 Allen Wyatt, an internationally recognized expert in small computer systems, has been working in the computer and publishing industries for over two decades. He has written more than 60 books explaining many different facets of working with computers, as well as numerous magazine articles. He has been publishing free weekly newsletters about Microsoft Word, Excel, and Windows since 1997. Besides writing books, articles, and newsletters, Allen has helped educate thousands of individuals through seminars and lectures throughout the United States, as well as throughout Mexico and Costa Rica. His books have been translated into many languages besides English, including Chinese, Dutch, French, German, Greek, Italian, Japanese, Korean, Polish, Russian, and Spanish. Allen has served as vice president of FAIR and founding president of the More Good Foundation. He has written articles for the FARMS Review and various online venues, including Meridian Magazine. He is the president of Sharon Parq Associates, a computer and publishing services company located in Mountain View, Wyoming.