“A Life Lived in Crescendo” Firesides 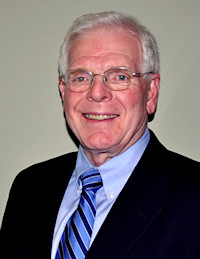 R. Jean Addams is a lifetime Mormon History enthusiast, independent historian, and author. He and his wife Liz reside in Woodinville, Washington. He recently completed his twentieth year as a volunteer Institute of Religion instructor. He holds a BS in Accounting and an MBA from the University of Utah and is happily retired. Addams has presented and published several articles dealing with the “Redemption of Zion” and the “Church of Christ (Temple Lot).” His most recent articles include: “Zion’s Printing & Publishing Company: From the Redemption of Zion to Corporation,” (Journal of Mormon History, April 2020) ; “The Return of the LDS Church (1900-1907) to Jackson County and the Redemption of Zion,” (John Whitmer Historical Association Journal, Fall/Winter 2018); “The History and Acquisition of the Original Temple Lot Property in Independence, Jackson County, Missouri,” (Mormon Historical Studies, Spring 2019); and “A Contest for Sacred Space,” The Ancient Order of Things: Essays on the Mormon Temple (Signature Books, 2019). He is the author of Upon the Temple Lot: The Church of Christ’s Quest to Build the House of the Lord, (John Whitmer Books, 2010). Addams is a past president of the John Whitmer Historical Association, and a member of the Mormon History Association, the Sons of the Utah Pioneers, and the Missouri Mormon Frontier Foundation. His interests, besides family, include fishing and skiing. 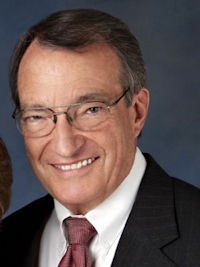 Joe Bentley recently returned after serving a Manhattan Temple Mission with his wife Marilyn. For three years, they presided over the Newport Beach CA Temple as President and Matron (2014-17). Previously, they were co-directors over Hosting and Humanitarian Services at the BYU Jerusalem Center (2010-12). Joe practiced law for 35 years at the international law firm of Latham & Watkins in Los Angeles and Orange County (1968-2003). He focused mainly on real estate transactions and did the legal work to acquire the land and permits to build the Newport Beach Temple. Prior to being the International Chair of the J. Reuben Clark Law Society (2006-07), he helped to found its Orange County chapter (1989-90). He graduated with a J.D. and Order of the Coif at The University of Chicago Law School and was executive editor of its law review (1968). While a law student there, he and Professor Dallin H. Oaks began a 10-year project researching some of Joseph Smith’s financial and legal problems. It was finally published in the 1979 BYU Studies as “Joseph Smith & Legal Process: In the Wake of the Steamboat Nauvoo.” He later authored two articles in Macmillan’s Encyclopedia of Mormonism (1992) — as the “Legal Trials of Joseph Smith” and the “Martyrdom of Joseph and Hyrum Smith.” Most recently, BYU Studies published his article, “Road to Martyrdom: The Last Legal Cases of Joseph Smith” (2016). That work is the basis for his comments on this program. He and Marilyn still live in Newport Beach. They have five children and 22 grandchildren.

The presentations update research published in the following articles: 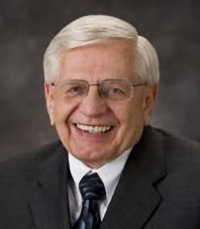 Ron Esplin was born in Cedar City, Utah, raised in the Salt Lake Valley, and graduated with a degree in History from the University of Utah. He has graduate degrees in History from the University of Virginia and Brigham Young University. He married the former Judith Mortensen and they have seven children, twenty-four grandchildren and three great-grandchildren. For eight years in the 1970s, Ron was a historian in History Division of the Church Historical Department with church historian Leonard Arrington, and then for 25 years was a professor of church history and a senior research historian at the Joseph Fielding Smith Institute for Latter-day Saint History at Brigham Young University, 16 of those years as director of the institute. From 2002 until 2012 he served as managing editor of the Joseph Smith Papers. He is also a past president of the Mormon History Association. Today he serves as a general editor of The Joseph Smith Papers and as director of the Brigham Young Center. His own publications are mainly about Joseph Smith and Brigham Young and their periods of Latter-day Saint history.

The presentation updates research published in the following article: Ronald K. Esplin. “Joseph, Brigham and the Twelve: A succession of continuity.” BYU Studies 21, no. 3 (1981): 301-41. https://scholarsarchive.byu.edu/byusq/vol21/iss3/5/. 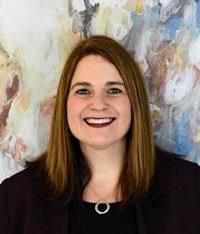 Barbara Morgan Gardner is associate professor of Church history and doctrine at Brigham Young University. A native of Salem, Oregon, she holds a master’s degree in educational leadership and foundations and a doctorate in educational psychology. She also did postdoctoral work at Harvard University. Dr. Gardner was institute director in Boston, Massachusetts, serving more than 100 colleges and universities in the area and acting as chaplain at Harvard University and MIT. She continues to serve as chaplain-at-large for The Church of Jesus Christ of Latter-day Saints. She also serves on the BYU Interfaith Outreach Council. She and her husband, Dustin Gardner, are the parents of two daughters and make their home in Highland, Utah.

The presentation updates research published in the following chapters: 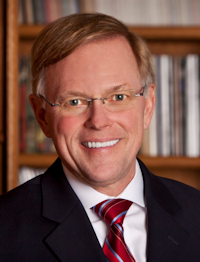 Among other relevant publications are these widely acclaimed works: 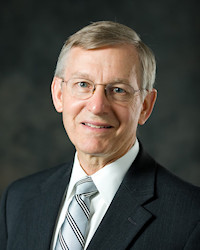 John W. (“Jack”) Welch has been a law professor at BYU since 1980, where he has taught classes on Business Associations, Tax-Exempt Organizations, Ancient Near Eastern Law in the Book of Mormon, Jewish and Roman Law in the New Testament, and Joseph Smith and Early American Law. He and his wife Jeannie received master’s degrees at BYU in 1970, and then lived in England and North Carolina, where he did graduate work at Oxford and received his JD from Duke University. He practiced law with O’Melveny & Myres in Los Angeles 1975-1980, and has been a longtime member of the Society of Biblical Literature and of the Jewish Law Association. Over the years, Jack’s work on the on chiasmus has become widely known in scholarly and religious circles. His innovative studies about the trial of Jesus, the Sermon on the Mount, and the Good Samaritan have been published in BYU Studies and elsewhere. He founded the Foundation for Ancient Research and Mormon Studies (FARMS) in 1979, and was one of the editors of Macmillan’s Encyclopedia of Mormonism (1992). Currently he is the chair and editor in chief of Book of Mormon Central. His book entitled The Parables of Jesus: Revealing the Plan of Salvation, features commissioned paintings by Argentinian artist Cocco Santángelo and is co-authored with his wife Jeannie. They have four children and 17 grandchildren.