Revelation 12–22
“He That Overcometh Shall Inherit All Things” 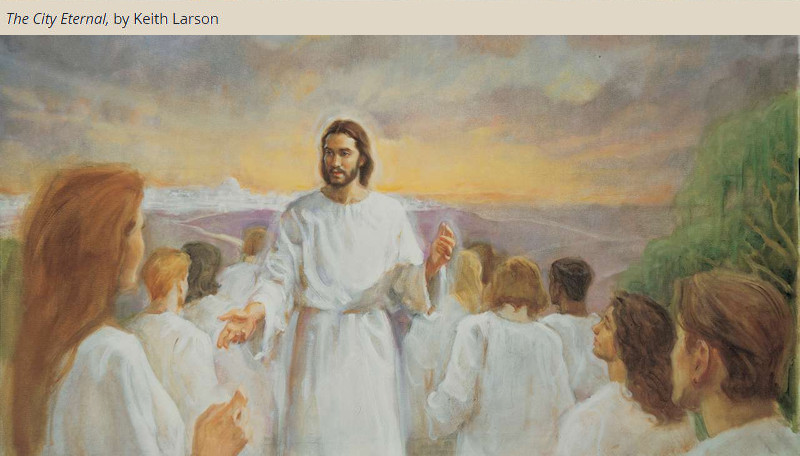 As you read Revelation 12–22, look for parallels between what John saw and what you see in today’s world. Seek spiritual guidance to help you find personal lessons as you immerse yourself in John’s symbolic language.

Revelation 12: John sees the imminent apostasy of the Church—He also sees the War in Heaven in the beginning when Satan was cast out—He sees the continuation of that war on earth.

Revelation 14: The Lamb will stand upon Mount Zion—The gospel will be restored in the last days by angelic ministry—The Son of Man will harvest the earth.

Revelation 17: John is shown that Babylon the great, the mother of harlots and abominations, has become established throughout the earth.

Revelation 18: The Saints are called out of Babylon lest they partake of her sins—She falls and is lamented by her supporters.

Revelation 19: The marriage supper of the Lamb is made ready—The testimony of Jesus is the spirit of prophecy—Christ is King of Kings and Lord of Lords.

Revelation 20: Satan is bound during the Millennium—The Saints will then live and reign with Christ—The dead stand before God and are judged out of the books according to their works.

Revelation 21: Those who overcome will be sons of God—The earth attains its celestial glory.

Revelation 22: The Saints will reign in celestial splendor—Christ will come, and men will be judged—Blessed are they who keep His commandments.