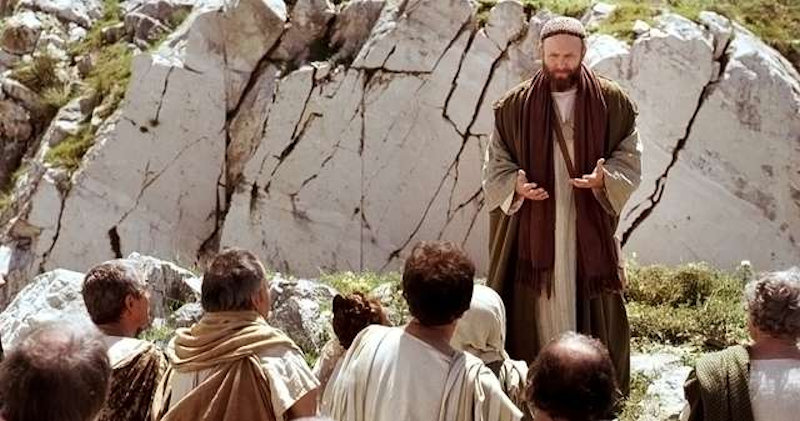 As you read about Paul’s efforts to preach the gospel, the Spirit may prompt you with thoughts or feelings. Write these promptings down, and make plans to act on them.

Acts 16: Paul is directed in a vision to preach in Macedonia—He casts an evil spirit out of a woman—He and Silas are imprisoned, and they convert the jailor—They admonish all to believe on the Lord Jesus and be saved.

Acts 17: Paul and Silas preach and are persecuted in Thessalonica and in Berea—Paul, in Athens, preaches from Mars’ Hill about the unknown god—He says, We are the offspring of God.

Acts 18: Being rejected by the Jews, Paul turns to the Gentiles—He preaches, ministers, and travels—Apollos also preaches with power.

Acts 19: Paul confers the gift of the Holy Ghost by the laying on of hands—He preaches and works many miracles—The sons of Sceva fail to cast out devils by exorcism—The worshippers of Diana (Artemis) raise a tumult against Paul.

Acts 20: Paul raises Eutychus from death—Paul is free from the blood of all men—He predicts apostasy from within the Church—He reveals a teaching from Jesus, It is more blessed to give than to receive.

Acts 21: Paul journeys to Jerusalem—He is persecuted, arrested, and bound.