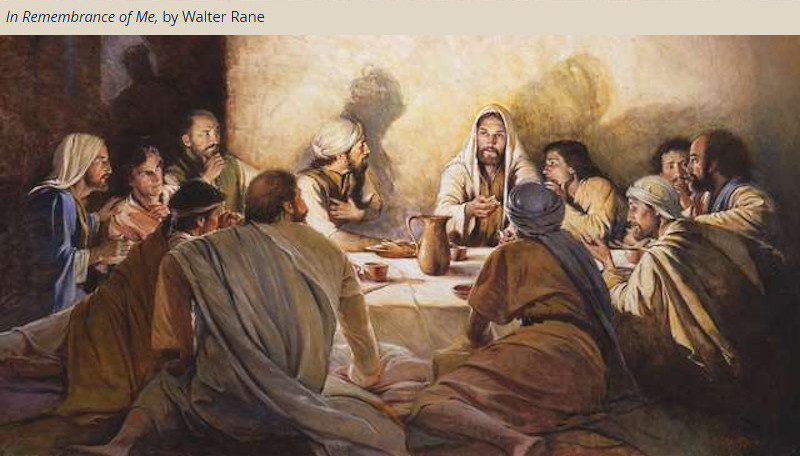 As you read the Savior’s teachings in John 13–17, the Holy Ghost will help you identify messages for you. Record the impressions you receive.

John 13: Jesus washes the feet of the Twelve—He identifies Judas as His betrayer—He commands them to love one another.

John 14: Jesus speaks of many mansions—He says that He is the way, the truth, and the life and that to see Him is to see the Father—He promises the first and second Comforters.

John 15: Jesus is the vine; His disciples are the branches—He discourses on the perfect law of love—His servants have been chosen and ordained by Him—The world hates and fights true religion—He promises the Comforter, the Spirit of Truth.

John 16: Jesus discourses on the mission of the Holy Ghost—He tells of His death and resurrection, announces that He is the Son of God, and says that He has overcome the world.

John 17: Jesus offers the great Intercessory Prayer—He is glorified by gaining eternal life—He prays for His Apostles and all the Saints—He explains how the Father and Son are one.