“Rend That Veil of Unbelief”
Ether 1-5 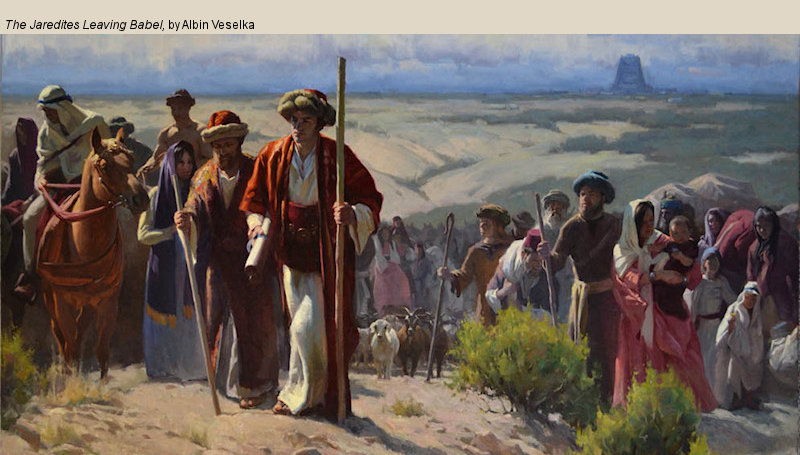 The book of Ether is the record of the Jaredites, who arrived in the promised land centuries before the Nephites. God inspired Moroni to include Ether’s record in the Book of Mormon because of its relevance to our day. How do you feel it is relevant to your life?

Ether 1: Moroni abridges the writings of Ether—Ether’s genealogy is set forth—The language of the Jaredites is not confounded at the Tower of Babel—The Lord promises to lead them to a choice land and make them a great nation.

Ether 3: The brother of Jared sees the finger of the Lord as He touches sixteen stones—Christ shows His spirit body to the brother of Jared—Those who have a perfect knowledge cannot be kept from within the veil—Interpreters are provided to bring the Jaredite record to light.

Ether 5: Three witnesses and the work itself will stand as a testimony of the truthfulness of the Book of Mormon.